Franz Lammer was born in Leoben-Göss, Styria, Austria, on May 5, 1914. After graduating from high school he began a career as an official at the post office. In 1980, he retired as post office director of Leibnitz, and for his services he was awarded the civilian title of Regierungsrat. Lammer was married and had two sons.

In his youth, Lammer was most interested in botany, but around 1958 he also began to collect minerals. His collection had three main specialties: (1) colorful minerals from Tsumeb, (2) the documentation of different occurrences of the Styrian type mineral lazulite, and (3) minerals from the Oberdorf an der Laming magnesite-talc deposit (strontianite, pyrite, celestine, etc.).

Franz Lammer was a kind and helpful man, who remained in close contact with many collector friends at home and abroad. He displayed his minerals at numerous exhibitions, and was a member of several associations and institutions. For several years he served as chairman of the Leoben Minerals Friends Association, and subscribed to the Mineralogical Record from 1973 to 1988.

Lammer obtained an old collection of various Bolivian minerals, and found within it an undescribed new copper mineral; it was named lammerite in his honor by Keller et al. in 1981.

Franz Lammer died on December 7, 1997 in Leoben. His collection has remained in the family.
Click to images to view larger
To contribute more information please E-mail us at:
minrecord@comcast.net
Citation format for this entry:
WILSON, Wendell E. 2022
Mineralogical Record
Biographical Archive, at www.mineralogicalrecord.com 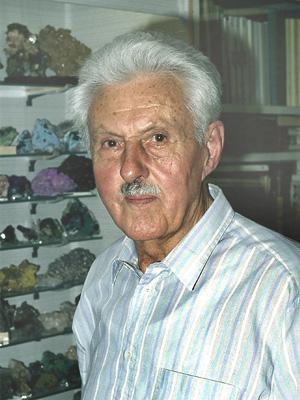 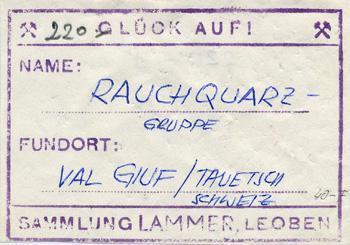 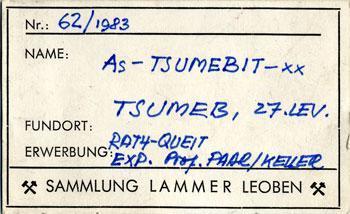 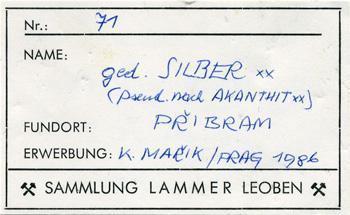 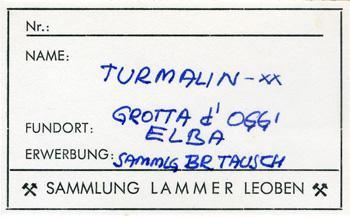 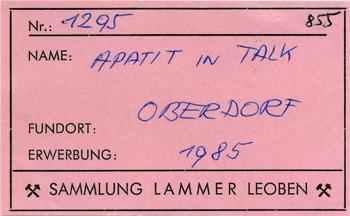 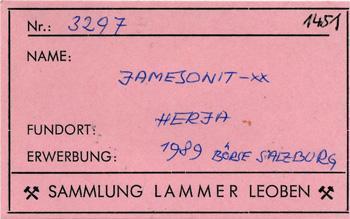