Otto Kuntze, prominent Iowa mineral collector and dealer, was born in Nordhausen, Germany in February 1867, and emmigrated to America at the age of 30, settling in Iowa and opening a drug store. The May 22, 1899 issue of the Daily Iowa State Press reported that: "Dr. Otto Kuntze, who is widely known as a collector and dealer in rare geological and mineral specimens, returned home Saturday from an extended trip through the Southwest, particularly in Arkansas and Texas, bringing with him many rare and beautiful varieties of choice minerals, crystals and stones." Ads for his "Iowa Mineral Office" in The Mineral Collector for 1898-1899 confirm this trip and mention six weeks spent digging at Magnet Cove, including "considerable blasting." He also spent two months collecting in Colorado (Cripple Creek, Victor, Leadville) and Utah (Thomas Range, Tintic district)--he collected over 500 variscite nodules at Fairfield, Utah!

The Iowa City Daily Press for May 25, 1904 reports that "Dr. Otto Kuntze will leave tonight for a week's visit at the World's Fair in St. Louis. Dr. Kuntze, who is an eminent mineralogist, will pay especial attention to the mines and mining displays." A note in the Iowa Citizen, Iowa City, Iowa, for January 29, 1906, reads: "Dr. Otto Kuntze makes numerous shipments of valuable specimens to many countries. Among recent shipments of Dr. Otto Kuntze of this city, he has sent valuable geological specimens to Leipsig University, Germany; Adelaide, Australia; Vienna, Austria; Madrid, Spain; Paris; Natural History Museum, London; Christiana, Norway; and the United States Government."

Otto Kuntze died suddenly of heart failure on March 21, 1908, having recently made arrangements for the final disposition of his collection. The Iowa Recorder for April 1, 1908, records that "Dr. Otto Kuntze, one of Iowa's foremost petrologists, has donated to the University of Iowa his entire collection of minerals and fossils. The collection is valued at $10,000." An obituary in the Iowa City Citizen for March 23 states that Otto Kuntze "received his education in Germany and held a PhD degree from one of the leading German universities. He was educated as a chemist, and for some years was proprietor of a drug store, but his disposition toward a study of geology was strong, and since he came to this country about 14 years ago [i.e. 1894; census records say 1897] and even before that he had devoted his time exclusively to the collecting of rare specimens. His success in this was little short of remarkable. Shortly before coming to this city in 1896 [actually 1897] he married Miss Agnes Vogel of West Liberty who, with an aged mother and one sister in his old home town of Nordhausen, Germany, survive him. At the time of his death Dr. Kuntze was but 42 years of age."
Click to images to view larger
To contribute more information please E-mail us at:
minrecord@comcast.net
Citation format for this entry:
WILSON, Wendell E. 2021
Mineralogical Record
Biographical Archive, at www.mineralogicalrecord.com 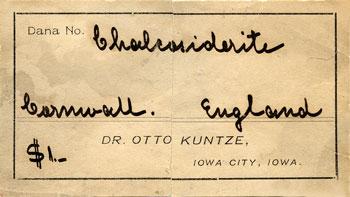 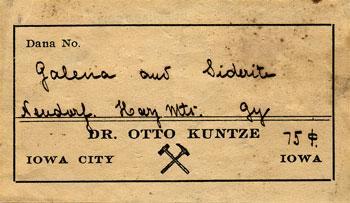 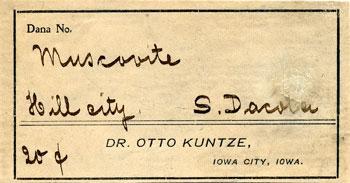 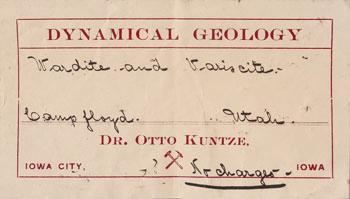 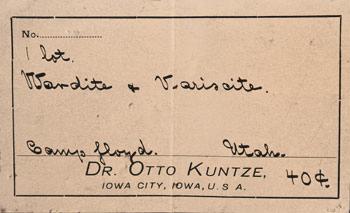 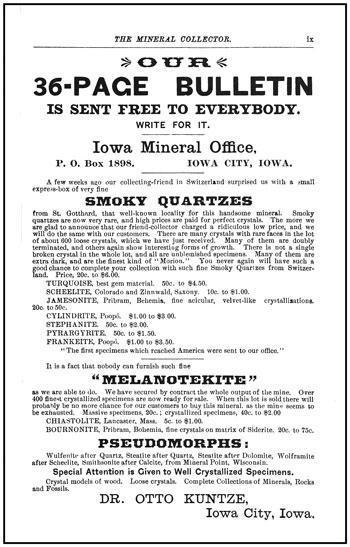 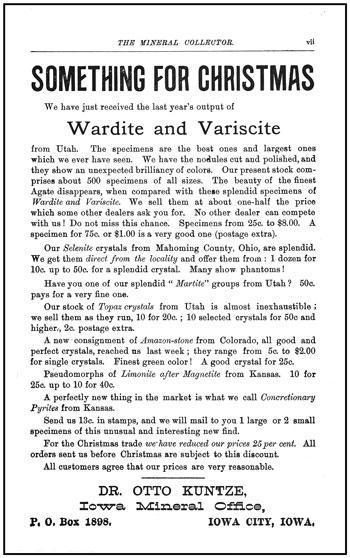