Stephen Smale, prominent mathematician and world-class mineral collector, was born in Flint, Michigan on July 15, 1930, the son of Helen B. and Laurence A. Smale (1899-1991), a white-collar worker in a ceramics laboratory. Steve's primary interest in high school was chemistry, and his father allowed him to convert the loft of their large chicken coop into a chemical laboratory. During his first three years at the University of Michigan at Ann Arbor, he majored in Physics, switching to Mathematics in his senior year. He played a lot of chess and Go in those days, and became heavily involved in left-wing political activism and opposition to the Korean War (and later to the Vietnam War). He went on to attend Graduate School in Ann Arbor, where he met and married Clara Davis in 1954; they have two children, both PhD's.

Steve has had a highly distinguished academic career in Mathematics. After being awarded his own PhD in 1957 he took the position of Instructor in the Mathematics Dept. of the University of Chicago. He was a member of the Institute for Advanced Study at Princeton (1958-1960); became an Associate Professor of Mathematics at the University of California, Berkeley in 1960; was a Visiting Professor at the College de France in Paris (1962); served as Professor of Mathematics at Columbia University (1961-1964); and returned to Berkeley in 1964, where he remained until 1995, when he took a position as Distinguished University Professor at the City University of Hong Kong. (Those are just the high spots.) Today he works for half of the year at the Toyota Technological Institute in Chicago, and holds a non-teaching appointment at the University of Chicago Mathematics and Computer Science Departments, while maintaining his residence in Berkeley, California and a position at the University of California, Berkeley under an NSF research grant. Over the years he has made important advances in various mathematical sub-fields including topology, dynamical systems, the calculus of variations, infinite dimensional manifolds, mathematical economics, algorithms, and chaos theory.

Steve's interest in mineralogy came from his father, who gave him his first specimen in 1968. After reading Cornelius Hurlbut's Minerals and Man and Paul Desautels' The Mineral Kingdom, both published in 1968, Steve came to the conclusion that a private collector could actually compete with the great museums for the finest specimens! Since that time he has taken time off regularly to travel the world in search of great mineral specimens, and has built a fabulous collection of over 1,000 world-class specimens, comprising one of the finest private mineral collections in the world. He taught himself the difficult specialty of mineral photography, won the coveted McDole Trophy for his collection at the Tucson Show in 1976, and has recently published an exquisite color album depicting some of his best specimens.
Click to images to view larger
To contribute more information please E-mail us at:
minrecord@comcast.net
Citation format for this entry:
WILSON, Wendell E. 2021
Mineralogical Record
Biographical Archive, at www.mineralogicalrecord.com 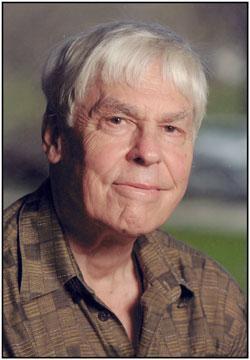 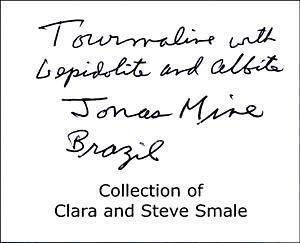 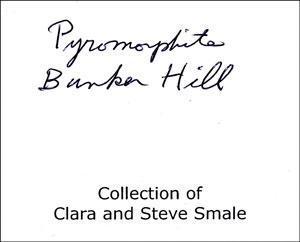 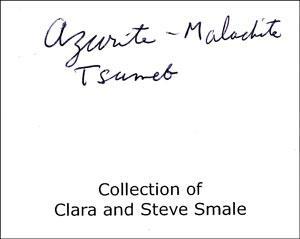 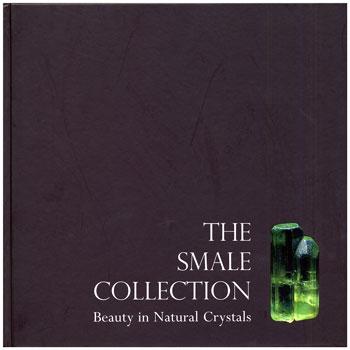 Handsome book depicting about 100 of the finest pecimens from the mineral collection of Steve and Clara Smale.