Giuseppe Garbari was born in Trent, Italy, on June 27, 1863, the son of Eugenia Cainelli and Luigi Garbari, a wealthy textile merchant and member of the Municipal Council of Trent. Giuseppe earned a degree in Law from the universities in Leipzig and Graz in 1889, and graduated from the Mulheim (Germany) Textile School in 1892. After a long stay in Switzerland and Bavaria, during which time he married and divorced, he returned to Trent, where he and his brother Carlo took over the family textile company. He lived in a luxurious villa at Magor di Man, and during the following years he travelled extensively, visiting England, Latin America and the great world's fairs. The company rose to prominence in those years thanks to Garbari, increasing the production and marketing of fabrics across the Austro-Hungarian Empire, Venice and Lombardy.

In 1908 Giuseppe married a Milanese woman, Ida Carugati Bardelli, daughter of the owner of a cotton mill and widow of the well known Italian collector Luigi Bardelli. In 1913, Ida and Giuseppe had moved permanently to Florence and thereafter returned to Trent only periodically.

Garbari had contacts with many prominent mineral collectors and dealers around the world. His mineral collection was especially rich in specimens from Italian localities (e.g. Bottino, the island of Elba, Sicily, etc.), and from localities in Slovakia, particularly Banská Štiavnica and Kremnica. Garbari's mineral collection was ultimately sold to the firm of Friedrich Krantz in Bonn, Germany, and was dispersed to many private and institutional collections. A number of Garbari specimens are preserved today in the Freiberg Mining Academy's Mineralogical Museum. Two new mineral species -- ramanite-(Cs) and-ramanite-(Rb) -- have been described from specimens from the Garbari collection.

Garbari was also a collector of botanical specimens and art. His botanical passion led him to build greenhouses and gardens in his villas in Trent, in Florence and on the island of Elba. The acclimatization garden on Elba was one of the largest in the Mediterranean area. He also discovered a new species of Orchid, Seraphias Garbariorum .

Garbari is also noted for his photographs of Alpine scenes. He died in Florence on June 6, 1937.
Click to images to view larger
To contribute more information please E-mail us at:
minrecord@comcast.net
Citation format for this entry:
WILSON, Wendell E. 2021
Mineralogical Record
Biographical Archive, at www.mineralogicalrecord.com 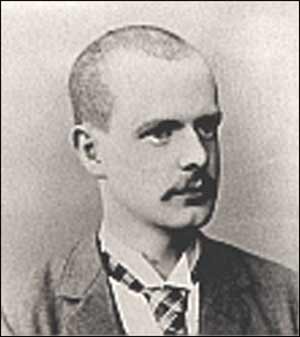 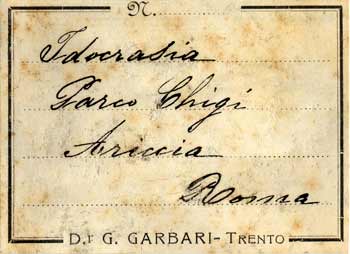 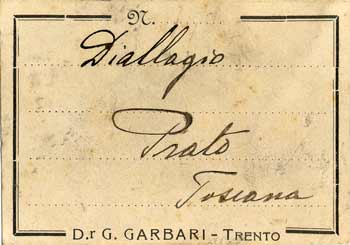 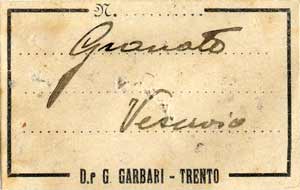 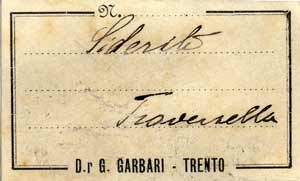