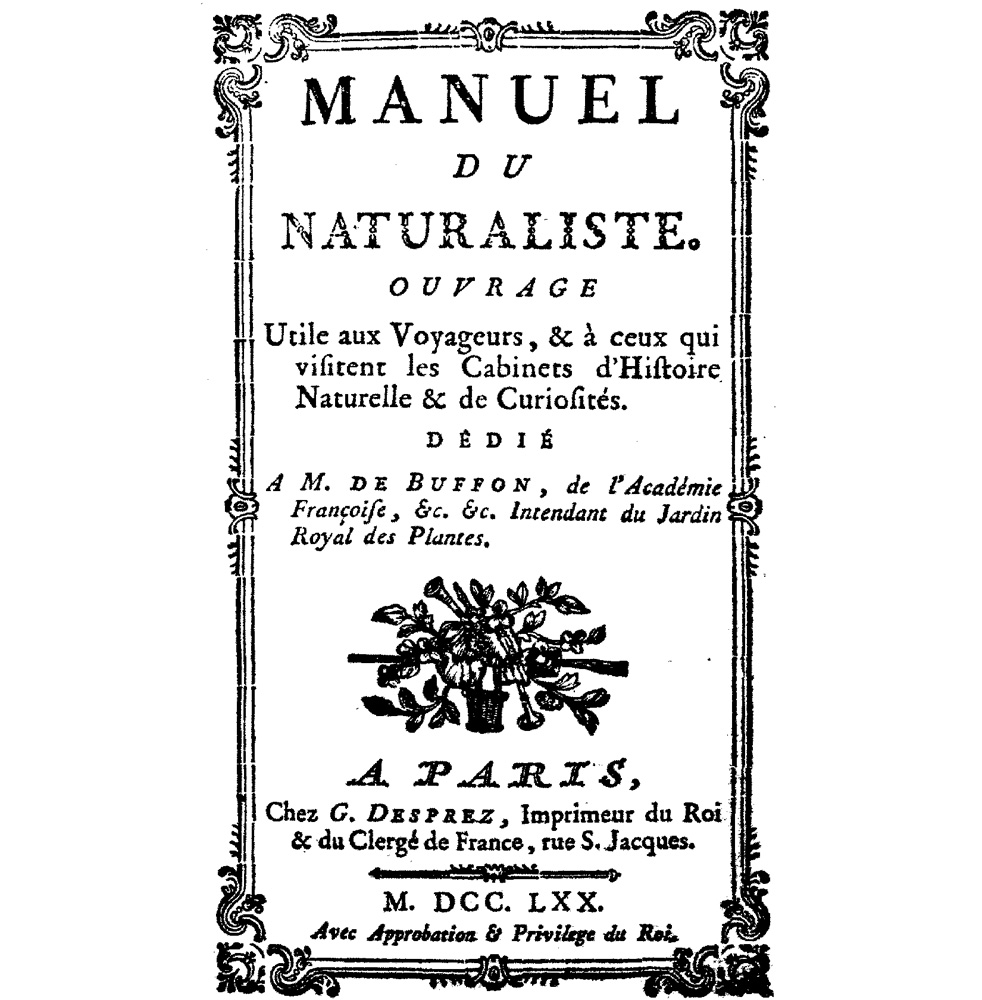 Scarce. Premier edition with the text dedictated to Buffon, the celebrated anthropologist and friend of Voltaire, whose monumental Natural History, published in 1746 in 36 volumes. In France, in the later eighteenth century, it was a popular passtime to collect objects of natural history. Duchesne's Manual helped guide the collector in his hobby. It is printed in two columns and contains the Latin and geographical names of all manner of natural history objects, including minerals.

Scarce. Co-authored with P.-J. Macquer [see note below] this French natural history encyclopaedia was intended for voyagers and museum visitors. In the later part of the eighteenth century the "Cabinet of Curiosity" or small privately owned museum was flourishing in England and throughout Europe. During this time an interest in natural history was fashionable and this type of reference work would have been essential for the library of the well-educated European. The text is a good indicator of the level of understanding and knowledge of natural history at that time.

Pierre Joseph Macquer. (Born: Paris, France, 9 October 1718; Died: Paris, France, 15 February 1784) French physician & chemist. Macquer was professor of chemistry at the Jardin du Roi in Paris, as well as the overseer at the royal porcelain manufacturing plants in Sèrves. Macquer wrote several highly regarded textbooks in chemistry and physics. He was elected a member of the Academie des Sciences in Paris in 1845.