Although journal sets and modern reference works form an important part of the library, antiquarian works have also been acquired to aid in historical researches and to provide period illustrations. These books have been purchased primarily via donations and with funds generated by the Antiquarian Reprint Series, instituted as a fund-raising project and as a literature preservation and reclamation project in 1989. Thus far 13 titles have been issued in the series.

Many books in the library are in original contemporary bindings, but because the library is intended to be used for research, such bindings have not been a priority in acquisition. Copies with worn or damaged bindings, or cardboard printer’s wraps, have been given new bindings which are flexible and supple enough to allow regular use without suffering damage. In order to protect that value it was deemed necessary to provide them with respectable leather bindings that would look appropriate in any fine collection. Our intention in creating the designs was simply to provide bindings that would show proper respect for the books being bound, inspired by the works of the early bookbinders, and that would look good and historically appropriate on the shelf beside books with original contemporary bindings. Our principal bookbinder has been Skip Carpenter at Green Dragon Bindery in Shrewsbury, Massachusetts.

In a few cases conservation treatments have also been applied. For example, on books published after 1850 the wood-pulp paper is vulnerable to browning and cracking as a result of the interaction of oxygen in the air and the high acid content of the paper. Some books are especially notorious for their instability, such as Raimondi’s Minéraux du Pérou (1878), most copies of which have already crumbled to dust. We found a rare copy that had been stored tightly pressed, and was only crumbling and browning around the edges. To stabilize the paper, the browned edges were trimmed off, the book was disassembled, and every page was soaked in a de-acidifying solution before being rebound. In 50 years we may well have the only surviving copy of this work.

Depicted here is a selection of antiquarian books (in chronological order by date of publication) currently held by the Mineralogical Record Library. The descriptions are by Curtis P. Schuh and Wendell E. Wilson.

Very scarce, second edition (1st edition, Francofurti, 1551). This is an important work in the study of systematic mineralogy which complements the writings of Agricola and Ercker. The author acknowledges a debt to Agricola, but since the work is focused on the medicinal uses of metals, stones
minerals and gems, he cites Pliny, Dioscorides and Serapion more often. He repeats the ancient and medieval traditions and beliefs with regard to gems, but sometimes regards the mystical powers as suspicious. Throughout many German names are provided, together with an index, and mention is made of some German mines. Entzelt is critical of Albertus Magnus for listening too much to the chemists and censures him for his belief in magic, though Entzelt himself often ascribes powers to stones that border on the magical. Entzelt offers recipes for mixing ink and for making shoe–black. He discusses crystals used in spyglasses, the superpowers of stones found in animals, German mining regions, fossils, gemstones and amber. Throughout, Entzelt includes numerous schematic charts including the three folding leaves that are rarely found intact (present in this copy). The text is divided into three sections: metals (p. 1–72), semi–metals (p. 73–155) and stones, earths and gems (p. 156–271).

Included at the beginning is a strong letter of commendation from Philip Melanchthon (1497–1560) to Egenolph, the printer at Frankfurt, dated 19 August 1551, recommending that the book be printed because it contains material found nowhere else. Since the title page of the first edition is undated, that edition is ascribed to publication in that year. In comparing multiple copies of the 1557 printing to the first edition, it has been determined that the text is apparently the same between the two edition, with the only differences
being on the title page and on the folding table inserted at page 93. On this table in the 1551 edition, line 6 from bottom ends “…qvod Dioscorides uo–” while the same line in the 1557 edition ends “…qvod Dioscorides.”

Christoph Entzelt. (Born: Saalfeld, Thüringen, Germany, 1517; Died: 15 March 1586). Entzelt (or the Latin Encelius) matriculated at the University of Wittenberg in 1532. He became a disciple of religious reformer Martin Luther (1483-1546) and became in 1539 church rector in Tangermünde in the
state of Brandenburg. Later, in 1558, he became pastor in Ofterburg.

The Historie Of The World: Commonly called The Natvrall Historie Of C.
Plinivs Secvndvs. Translated into English by Philemon Holland Doctor of Physicke. Printed in London by Adam Islip. 1634[-1635]. Two volumes, title vignettes in both. Skip Carpenter binding, designed by Wendell Wilson, consisting of full brown calf with red spine label and the year “1634” printed at the spine’s base. Front and back covers are blind stamped with a rectangular design, with the center and corners gilded with an ornament. New end papers. In volume 1, the annotation “Thomas Weaver His Book 1729” appears on the title page, along with other annotations in ink. The verso of the title page has other annotations.

Very scarce, second issue of the first English translation. Pliny’s Historie of the World is an encyclopedia of all the knowledge of the ancient world. It is the only work that has survived of the 132 written by this prolific author and seeker of knowledge who lost his life exploring the eruption of Vesuvius in 79 A.D. The Histoire treats mathematics, physics, geography, astronomy, medicine, zoology, anthropology, physiology, philosophy, history, agriculture, mineralogy, arts and letters. The work which was handed down through many manuscripts and over 500 printed editions
(1st, Venice, 1469) exerted a incalculable influence on Western culture. Pliny was an accumulator of facts and these he faithfully recorded without critical comment or skeptical judgment, and thus the beliefs of the ancients were propagated forward to the present day.

Gaius Plinius Secundus. (Born: Novum Comum (now Como), Italy, , c.23 AD; Died: Near Pompeii, Italy, on August 24th, 79 AD) One of the foremost authorities on science in ancient Europe, Pliny was educated in Rome, and for some years he followed a military career. After serving in the army, he studied
jurisprudence, but retired around 57 AD to devote himself to scholarly study and writing. Pliny wrote many historical and scientific works, including De Laculatione Equestri, Studiosus, Dubius Sermo, a 20-book history of
the Germanic Wars, and 31 books of Roman history covering 41 to 71 AD. Pliny’s great encyclopedia of nature and art in 37 books, the Historia Naturalis, is the only one of his works to have survivd. The first
ten books were published in 77 AD and the remainder after his death, probably under the editorship of his nephew, Pliny the Younger. In 79 AD, eager to examine more closely the great eruption of Mount Vesuvius that overwhelmed
and destroyed Herculaneum and Pompeii, he sailed across the bay of Naples to Stabiae, where he was suffocated by the vapors from the eruption.

Philemon Holland. (Born: Chelmsford, Essex, England, 1552; Died: Coventry, England, 9 February 1636/7) English translator & scholar; son of a clergyman, Holland graduated form Trinity College, Cambridge, with a Master of Arts degree. He was incorporated 1585. Subsequently, he studied medicine and about 1595 opened a medical practice when he settled in Coventry. He produced many English translations of classical works. 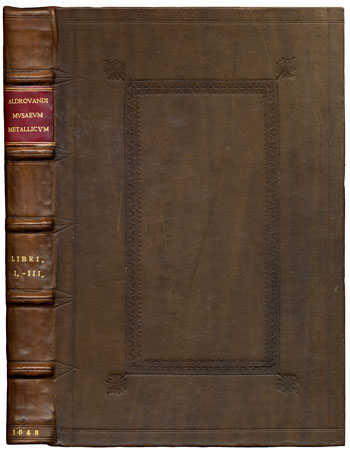