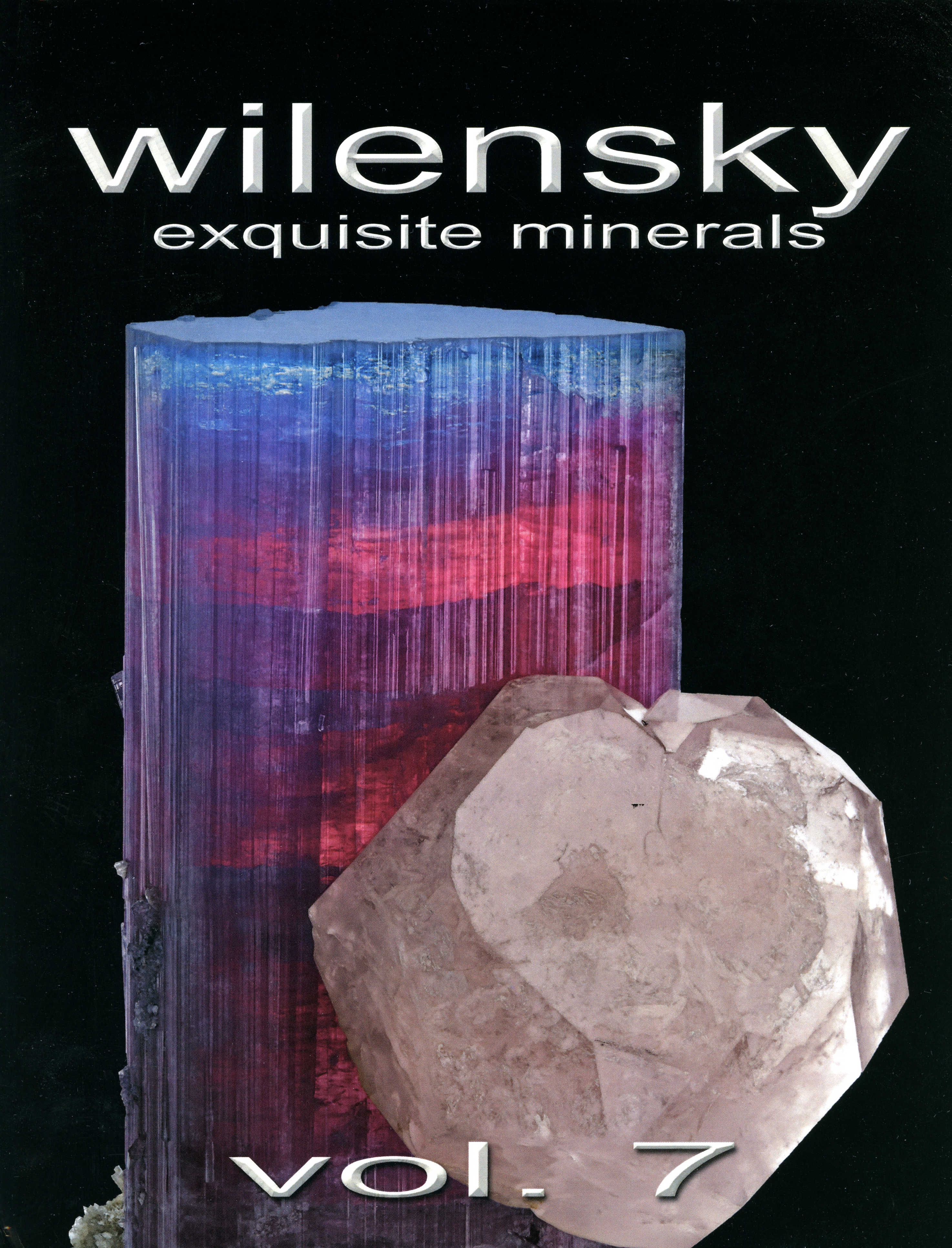 Stuart Wilensky, one of the most prominent American dealers in ultrafine specimens, began publishing a series of beautiful hardcover picture books in 2005. These books, intended for private distribution, depict specimens which he has sold in the past, so none of the pictured items is currently for sale (by him, at least). A dealer’s long-time reputation is based, to a large extent, on the specimens that have passed through his hands over the years, and Stuart decided that he wanted to preserve some record of that. Fortunately he is an excellent photographer, and had recorded many of the specimens on film before selling them, so when the time came he was all set to self-publish the books.

Stuart has now issued the seventh volume in the series, and has upped his game, with an elegant new shop in New York and a goal of handling even finer specimens for the elite level of the collecting world. This is evidenced by a title change, from Wilensky Fine Minerals (vol. 1-6) to Wilensky Exquisite Minerals (vol. 7). And the contents are impressive indeed – 79 photos of exquisite world-class mineral specimens, including some of our all-time favorites like the famous Keith Proctor morganite-on-tourmaline from the Tourmaline Queen mine, an excellent photo of the giant turquoise-blue euclase crystal (15 cm) from Colombia, one of the greatest of all Pederneira tourmalines, a fabulous wulfenite with red mimetite from the Rowley mine (18 cm), a gemmy 7-cm vayrynenite crystal from Pakistan, the famous rainbow-colored tourmaline emerging from a big quartz crystal (nicknamed “Excalibur”) from Morro Redondo, and the equally iconic, doubly terminated Pulsifer fluorapatite crystal on pink cookeite, among many others. There is no accompanying text other than Stuart’s interesting introduction, and the extended captions with detailed provenance, so it’s not a textbook of any kind, just a stunningly aesthetic experience in the enjoyment of beautiful world-class minerals that have by now disappeared into private collections around the world.