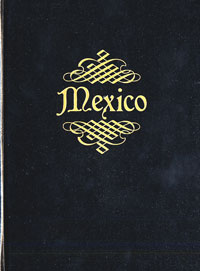 This book, the fourth volume in our series on the mines and minerals of Mexico, was originally issued as vol. 35, no. 6 of The Mineralogical Record. It deals entirely with the famous San Pedro Corralitos mine, the San Francisco mine and the amethyst deposits of Guerrero.

Yellow mimetite crystals from Namibia and China are considered to be the finest examples of the species, but attractive botryoidal specimens are so different in appearance that they tend to be judged separately. The best examples of bright yellow botryoidal mimetite from the 1968 San Pedro Corralitos find are treasured for their own unique beauty, and are considered to be the best of their type.

The San Francisco mine in Sonora is among the world’s most important and prolific wulfenite localities, having yielded well over 100,000 specimens since the early 1970’s. Beautiful examples of large, thin, transparent crystals and clusters may be found in collections and museums around the world.

Some of the finest amethyst specimens in the world have come from the remote mountains of the Sierra Madre del Sur of north-central Guerrero State in Mexico. Few outsiders have ever visited this dangerous area, known as much for opium production as for amethysts, but fine specimens and high-quality gem rough continue to emerge periodically from many small but similar deposits worked by the local people.

The hardcover editions of the Mexico series, limited to 300 copies each, have sewn bindings and are covered in gold-stamped bonded leather.