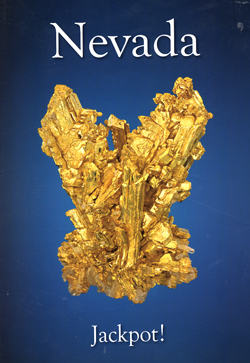 Here is yet another glossy, high-quality review in the ExtraLapis English series (though they no longer bear that title): this one devoted to the collectible minerals and mineral localities of Nevada. As always, the writing is interesting and collector-friendly, and the photography of specimens and localities is first rate. Contents are as follows:

A folding map of “Nevada Mineral Localities” by Bill Besse is included in a map pocket.