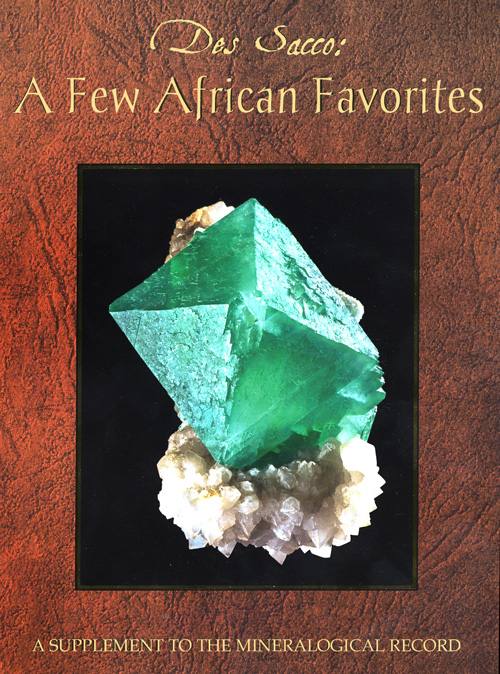 Desmond Sacco, a South African mining company CEO, is a long-time mineral collector who has built the finest private collection in his country, specializing in minerals from southern African localities. Few collectors outside of South Africa have ever had the opportunity to visit his home in Johannesburg and see his enormous and beautifully displayed collection in person, nor does he exhibit at American or European mineral shows. Thus it is a special treat to see 128 full-page photos of some of his favorite specimens, accompanied by details about the localities, the times of discovery, and the particular significance of the specimens.

The selection of specimens is naturally heavy on minerals from Tsumeb, Namibia (67 specimens) and the Kalahari Manganese Field (23 specimens), but many specimens are also included from places like Riemvasmaak in South Africa, the Erongo Mountains in Namibia, other Namibian localities such as the Kombat mine, Guchab, Onganja, Berg Aukas, and Klein Spitzkoppe, plus a few outliers from places like the Touissit mine in Morocco, the Mashamba West mine in Zaire and Alto Lighonha in Mozambique.

This book (originally issued as a supplement to the January-February 2014 issue of the Mineralogical Record) is a beautiful resource and a fun read for any collector interested in African minerals.