Fabian Wildfang, one of Germany's premier mineral collectors, was born in 1969 and grew up in the small town of Müllheim in the Black Forest, near the Swiss and French borders. He begin collecting minerals at the age of seven; among his first specimens was a treasured quartz crystal. One day he decided to move it from his brother's curiosity cabinet into his own closet, which thereby became his first quickly improvised "mineral case." The crystal became the foundation of his collection, which thereafter grew steadily. His parents were not mineral collectors themselves but they supported his newfound hobby and shared his enthusiasm.

His first guide was a popular German book, Der Grosse BLV Mineralienführer (Munich, 1979). After studying it carefully he decided to go after specimens of all of the valuable and attractive minerals pictured there, and drew up a short want-list of species. His father, who often traveled on business in Germany, used the list to identify and bring back new specimens for Fabian whenever he chanced by a rock shop.

Fabian's collection received an unexpected boost when a friend of his great uncle, on leave from a professorship in Mineralogy at Ruhr University, decided to dispose of his comprehensive mineral collection. He donated much of it to the University, but saved some specimens to give to beginning young mineral collectors like Fabian. The specimens thus obtained helped to broaden the scope of Fabian's collection by adding many new species and localities.

As a teenager, Fabian tried collecting on the dumps of the old mines in the Black Forest but found relatively little there. Fortunately a collector friend of his already had a car, so they were able to visit some localities farther away as well. They once made a tour through places in Austria, and in the Salzburg area they even found some small emerald crystals in the Habachtal.

In 1988, when Fabian turned 18, he met Helmut Brückner, a well-known mineral dealer located only 6 km from his home. Seeing Helmut's world-class mineral specimens awakened a new realization that what he really wanted to do was to focus his collection solely on minerals of high esthetic quality—Fewer but better acquisitions became his guideline.

Fabian received his degree in industrial engineering, and today serves as Chief Technology Officer for a large component manufacturing company in the sanitary industry. His business success has allowed him to acquire ever finer pieces to replace his merely good ones, making acquisitions based on increasingly refined criteria for quality. Visiting major mineral shows was helpful in developing those criteria. Fabian attended the Munich Show for the first time in 1989 (assisting in Helmut Brückner's booth), and has been a regular at the Sainte-Marie-aux-Mines Show for many years. He was able to attend the Denver Show in 2016 and greatly enjoyed meeting many collectors there. Gerhard Wagner has been among his most helpful friends ever since their first meeting in 2011, mentoring him in the behind-the-scenes aspects of the mineral business that are usually kept mysterious for various reasons.

Over the years, Fabian has met many mineral dealers and fellow collectors, and has made some very good mineral collecting friends. In addition, he has enjoyed hosting mineral photographers and allowing them to photograph their favorite specimens in his collection.

Today the Wildfang Collection is kept behind vault doors in two lovely, climate-controlled rooms where over 800 fine specimens are aesthetically arrayed in 20 well-lit glass cabinets. The collection is not only a repository for exquisite, world-class examples of the more commonly collected minerals (e.g. beautiful tourmalines and fluorites, which are abundant in this collection) but also for many rarities, curiosities and atypical color and habit varieties in surprisingly fine quality for each species. A rich assortment of Tsumeb specimens is present, as well as breathtaking Alpine minerals and a fantastic selection of rhodochrosites from N'Chwaning to Sweet Home and many other localities. Old European classics are not neglected either. Beauty, sculptural quality and rich colors stand out, and amid the hundreds of individually chosen specimens one could assemble various suites; in fact, Fabian regularly has fun rearranging his specimens into new groupings that emphasize different aspects; a sort of rotating specialty emphasis emerges. He does not specialize in any particular size range, but palm-size specimens are the most numerous. When not working on his collection (meticulously documented on computer) or tending to business affairs he enjoys playing the piano, hiking and bicycling.

The Wildfang Collection of Fine Minerals is now a private museum, open by appointment only to known fellow mineral collectors and those who can provide recommendations. It is located in Müllheim, about 4.5 hours (by car) from Munich. See his website (thewildfangcollection.com) for details about scheduling an appointment to visit and be amazed. 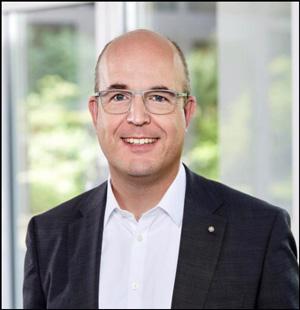