Arthur Montgomery, American mineralogist, mineral collector and dealer, educator and philanthropist, was born December 2, 1909 in New York City, the son of Elizabeth Shaw and Robert H. Montgomery, a wealthy Pennsylvania-born lawyer. He was first introduced to minerals by his mother in 1928; she had traveled as a writer to Russia, and brought back for him a box containing a selection of Russian minerals. The direction of his life was thereby decided; he attended Princeton University and was awarded his A.B. degree in Geology in 1931. After graduation he spent a year in Europe, then worked for a while at Ward's learning the mineral business from George L. English.

Montgomery was introduced to Edwin Over, another field collector, by Harvard mineralogist Charles Palache, and they became fast friends and collecting partners. By 1934 they were in business together collecting and selling mineral specimens; sometimes they worked in the field together, but much of the time Over worked alone, shipping specimens back to Montgomery in New York to be marketed. Montgomery's first ad, offering pyrite from Bingham Canyon, Utah appeared in January 1934, giving his address as 385 Madison Avenue. In November 1934 Montgomery announced the opening of their new quarters on Lexington Avenue where "many interesting and unusual mineral specimens collected during last summer's western trip with Edwin Over Jr." would be on display. Together Montgomery and Over were responsible for many spectacular mineral specimens reaching the mineral market, including red wulfenite from the Red Cloud mine in Arizona, epidote from Prince of Wales Island in Alaska, and variscite from Fairfield, Utah. Their partnership was concluded in 1941, at which time Montgomery sold his remaining stock of minerals to Massachusetts dealers Ray and Alvin Schortmann and retired permanently from the mineral business.

Based on his published ads, the addresses on Montgomery's mineral labels may be dated as follows:

During World War II Art operated the Harding mine in New Mexico, supplying the government with tantalum, beryllium and lithium for the war effort. He was later instrumental in preserving the Harding mine permanently as a teaching resource. Following the war he returned to college life, entering graduate school at Harvard under his mentor, Charles Palache in 1945 and receiving his PhD degree in Geology in 1951. He then joined the faculty at Lafayette College as an Associate Professor, and spent the rest of his professional career there, teaching and conducting research, publishing numerous bulletins, field guides, and memoirs, and building the college's mineral collection. He received the Faculty Lecture Award for Superior Teaching at Lafayette in 1959, and six years later, he received the Ralph Digman Award of the National Association of Geology Teachers for "the improvement of earth-science teaching."

From 1970 to 1972 Art supplied the financing necessary to establish a new magazine for serious mineral collectors, The Mineralogical Record, and was also instrumental in the establishment of a non-profit organization to promote the preservation and dissemination of mineralogical knowledge, the Friends of Mineralogy.

Art retired as a full Professor in 1975, and in 1976 became associated with the Worldwide Fellowship of Christians in Pennsylvania. He eventually gave away his fabulous mineral collection (Richard Bideaux received ten superb pieces) and other personal property to lead a simple, austere life of service. From 1978 to 1993, he volunteered on a full-time basis at the Trinidad State Nursing Home. After 1993, he lived in Albuquerque, New Mexico and was an active participant in a Christian fellowship organization there. He died December 31, 1999 in Albuquerque.
Click to images to view larger
To contribute more information please E-mail us at:
minrecord@comcast.net
Citation format for this entry:
WILSON, Wendell E. 2021
Mineralogical Record
Biographical Archive, at www.mineralogicalrecord.com 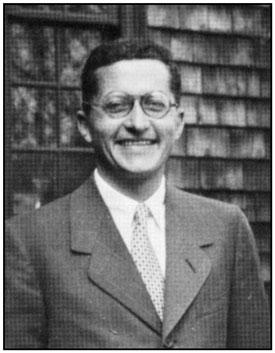 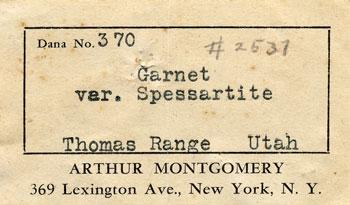 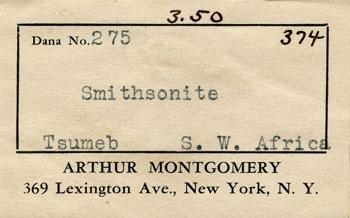 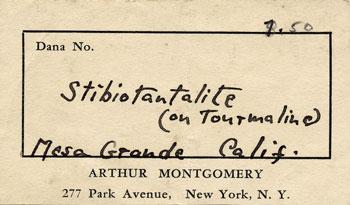 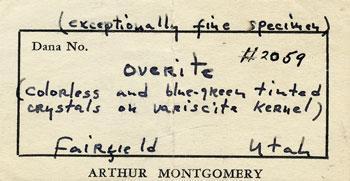 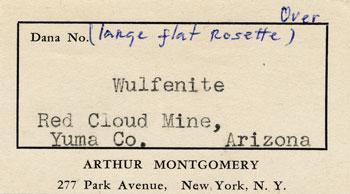 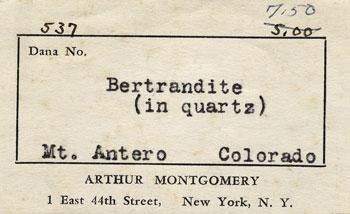 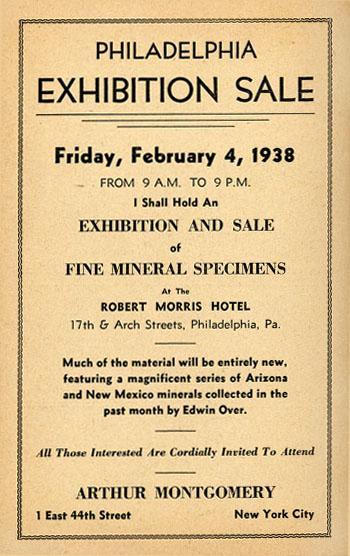 Ad for Montgomery and Over’s 1938 showing in Philadelphia