Max Hübler was born in Altenburg, Germany on July 28, 1837, the son of Carl Julius Hübler (originally from Dresden), proprietor of the Court Pharmacy (Hofapotheke) in Altenburg since 1836. After attending high school in Leipzig he studied from 1857 to 1859 in Göttingen and Jena, receiving his PhD and taking his state certification exams in Jena. To enrich his knowledge and extend his scope of learning he visited France and worked for a year and a half in Marseille, then lived for a while in Algiers, where he practiced in a French pharmacy.

Hübler returned to Germany in 1860 and worked in his father's pharmacy, taking over as manager in 1874 and as owner upon his father's death in 1883. He continued there until 1901, when he transferred the management to younger hands so that he could retire and dedicate himself to his other interests. He was for over 21 years a member and promoter of the citizen executive committee, and his name is particularly closely connected with the urban fire brigade, to which was he an unselfish donor and promoter. He showed a special inclination for botany and the natural sciences, and was an avid collector. He died March 2, 1911.

Hübler and his private mineral collection are referred to in the 1899, 1901 and 1903 editions of Geologen Kalender. His mineral collection probably went soon after his death to the Freiberg Mining Academy, where many specimens are still identifiable today. Three different sizes of Hübler's collection labels are known, measuring approximately 3.7 × 5.8 cm, 4.6 × 7.7 cm and 5.0 × 8.1 cm. The mid-size labels usually also contain information regarding his sources for the specimens, including such well-known names as Schuchardt, Francke, Gentsch, Gericke, Kemna and especially the Mineralieniederlage Freiberg (the Freiberg Mining Academy's in-house dealership).
Click to images to view larger
To contribute more information please E-mail us at:
minrecord@comcast.net
Citation format for this entry:
WILSON, Wendell E. 2021
Mineralogical Record
Biographical Archive, at www.mineralogicalrecord.com 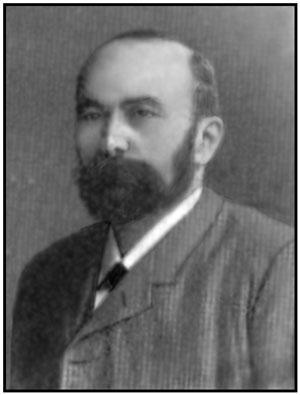 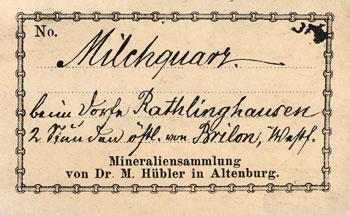 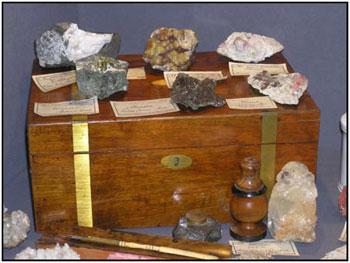 Part of an exhibit of specimens and labels from the Max Hübler collection, shown at the 2006 Munich Show by Bernard Sick, Karlheinz Gerl and Heinz-Dieter Götter. 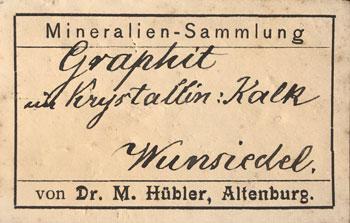 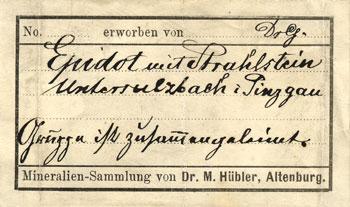 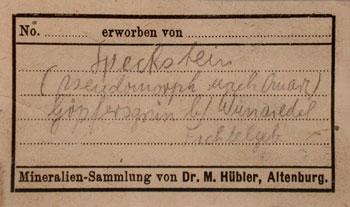