Sam Gordon (1897-1952) was a prominent Philadelphia mineralogist, and the author of many works on descriptive mineralogy and crystallography, including The Mineralogy of Pennsylvania (1922) and the description of nine new mineral species. He was also the principal founder (at the age of 19) of The American Mineralogist and served as curator of minerals at the Philadelphia Academy of Natural Sciences for 30 years.

Samuel George Gordon was born in Philadelphia on June 21, 1897, the son of German Jewish immigrants Flora and Isaac Gordon, a cigar-maker. His family was of very modest means, and could not afford to pay for his schooling. Consequently Gordon began attending classes at the Wagner Free Institute, which had been founded many years earlier to provide free courses of instruction in science for those who could not afford it elsewhere. His chemistry and geology teacher there was the young mineralogist and avid mineral collector Dr. Edgar T. Wherry, who inspired Gordon's interest in mineralogy and became his friend and mentor.

In 1913, at the age of 16, Gordon received a Student Fellowship to work part-time as an assistant in the mineralogy department of the Philadelphia Academy of Natural Sciences. He worked under Frank J. Keeley (1868-1949), who was honorary (unpaid) curator of the William S. Vaux collection and was in charge of the mineral exhibits. Under Keeley, Gordon gained a working knowledge of minerals, their appearance, properties, localities and geological environments. He also continued an extremely active field collecting program in southeastern Pennsylvania, contributing all of the specimens he found to the Academy.

Gordon proved so useful to the Academy that in 1915 he was appointed assistant curator of minerals and given a salary of about $1,000/year. Unfortunately this meant that Gordon would not continue on to college and would not earn advanced degrees in mineralogy or geology as would normally have been expected for someone of his talents. Instead he had to rely on part-time enrollment in basic night-school science courses at the University of Pennsylvania and the Drexel Institute, and had to teach himself the specialized advanced techniques of mineralogical research.

In 1921 Gordon began the first of a 20-year series of one-man collecting expeditions to foreign countries, sponsored in part by George Vaux Jr. (1863-1927), wealthy nephew of William S. Vaux, whose fabulous mineral collection had been bequeathed to the Academy in 1882. Gordon (who paid a third of the expenses out of his own pocket, a sum equalling half his annual salary) traveled through Ecuador, Bolivia, Chile and Peru on that first six-month trip, collecting many superb specimens which were divided between Vaux and the Academy. In 1923 Gordon set off on his second major collecting expedition, this time to Greenland. His third expedition (1925) took him back to the Andes, where he was particularly successful at Llallagua, Bolivia.

In 1926 Gordon was granted a six-month leave with pay to go to Germany and study crystallography under the noted morphological crystallographer Professor Viktor Goldschmidt in Heidelberg. He also took the opportunity to exchange specimens with mineral museums in Germany, Switzerland, Hungary, Denmark and England.

Gordon's fourth and most ambitious expedition, eight months long, took place in 1929-1930, taking him to South America and parts of central and southern Africa. He shipped 63 boxes of specimens back to the Academy from Bolivia, and 90 boxes from various localities in Africa, including Tsumeb in South-West Africa, where on December 10, 1929 he discovered one of the most extraordinary pockets of azurite crystals ever encountered in that famous mine.

“The most interesting mineral specimens I collected on this journey were the azurite crystals at a copper mine at Tsumeb in South-West Africa,” he later wrote. “I visited the 8th level workings first, dropping quickly by cage in a vertical shaft some 700 feet deep, and climbing down to the working stopes below. The ore looked very compact and unpromising for finding any azurite crystals. But high up in one place I noticed some bluish stains. With a ladder I reached the blue-stained area, and started to work with a hammer and chisel. In half an hour I had broken into a vug lined with large, beautiful, blue crystals of azurite up to 6 inches long and 3 inches across; one of the prettiest sights you ever saw. Much time was spent in carefully chiseling out these fragile crystals and wrapping them in tissue paper and bags. By noon the best of the crystals had been removed, and the mine superintendant appeared. Climbing up and looking into the little cavern, he cried, ‘I have worked in this mine fourteen years and I have never seen such fine crystals.' After considerable debate, the Mine Director and I agreed to divide the specimens. The best of these are now among the prized crystals of the Mineral Hall of the Academy.”

In 1928 Gordon was promoted from assistant curator to curator at the Academy, though his salary remained meager. The new species gordonite was named after him in 1930, and in 1931 he married Bertha May Landrum. By the early 1930's he had completed the cataloging and arrangement of the Vaux collection, and had installed exhibits of several thousand of the best specimens in exhibit cases of his own design and making. The pre-Vaux specimens had been cleaned up and organized in ten cabinets, and a special Pennsylvania collection of over 3,000 specimens had been set aside in several additional cabinets. He also set up a mineral research laboratory (complete with chemical analysis apparatus, goniometers and microscopes) in the Academy, and mounted the nation's first display of fluorescent minerals.

During the 1930's Gordon made a number of collecting trips within the United States, to localities in Virginia (1933); North Carolina and Arkansas (1934); California, Nevada, Arizona and New Mexico (1939); Oregon, Washington and South Dakota (1940); and Texas and Arizona (1941). All of these trips brought new specimens into the Academy's collection. His last foreign expedition, to Chile in 1938-1939, resulted in 26 boxes of specimens including a 171-pound iron meteorite.

After a wartime leave from the Academy to work on quartz oscillators for the military, Gordon was back in 1944 doing further mineralogical research. He took vacation collecting trips in 1946, 1947 and 1948 to Colorado, New Mexico and Arizona, visiting the famous Mammoth mine at Tiger on several occasions. Unfortunately, when he returned from his 1948 trip he found that in his absence his mineralogical laboratory had been taken over by a newly enlarge Department of Limnology. He was informed that his funding was to be cut off; consequently he resigned in 1949. There was never again a full-time curator of minerals at ther Academy. Sam Gordon died on May 17, 1952, at the age of 54.
Click to images to view larger
To contribute more information please E-mail us at:
minrecord@comcast.net
Citation format for this entry:
WILSON, Wendell E. 2022
Mineralogical Record
Biographical Archive, at www.mineralogicalrecord.com 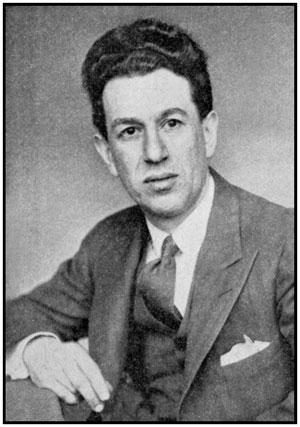